Origin of The “Man Trip”

I blame my dad.

When I was little, my dad used to tell me about a buddy of his that had a cabin in Alaska. Pops said the cabin was so remote that the only way in or out was by plane. A small plane would ferry visitors out into the wilds, far beyond the reach of roads. It would land on a tiny dirt strip in a valley between mountains. After, the visitors would have to hike three miles to the cabin, transporting all supplies. He said his buddy would then spend a week at the cabin, hunting, fishing and living off the land until the plane returned. 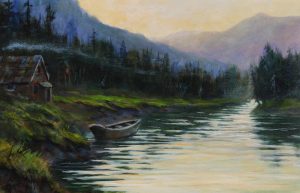 Awesome as that was, it got better. My dad’s buddy offered up the use of that cabin, anytime dad wanted!

I was too little at the time, but he said as soon as I got big enough to keep up, say ten or twelve, we’d go. Just the two of us.

Believe me when I tell you, I was super excited about that. For years, I’d lay awake at night, imagining us on a mountain stream, reeling in giant salmon, dodging bears, hiking through dense forests. Sadly, life got in the way and my pops never got around to it. By the time I was of age, money was tight and my parents’ marriage was in the crapper.

Despite this disappointment, a seed had been planted. Though my father never delivered, I still looked back on the idea of a father-son adventure fondly. And when I grew up to have boys of my own, I decided to make that dream a reality.

This became a tradition we now call the “Man Trip”.

I had three goals for each trip:

Ultimately, these trips were all about father and son bonding. And though my father and I never had a similar experience, I do thank him for the idea. 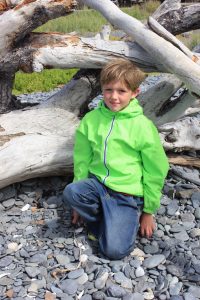 Oliver’s Trip – July 2013 (age 8)
Ollie was my guinea pig. As such, he did not get to choose his own adventure (each of the younger two did). Instead, he ended up living out my own unrequited Alaskan fantasy.

Unfortunately, I didn’t have a buddy with a cabin in nowhere Alaska. But what I did have was a cousin in Anchorage who knew his way around. We had a damn good time, highlights that include:
• Climbing Flattop Mountain
• Camping on Homer’s Spit
• Deep sea fishing
• Landing a ski plane on a glacier
• A real Polar Plunge! 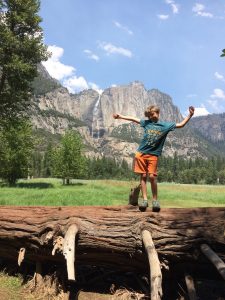 Nathan’s Trip – August 2017 (age 10)
Nate wanted to see a desert or camp among the redwoods. I was immediately onboard, having never been to a desert myself nor seen a redwood. As luck would have it, there was one place where we could do both: Southern California.

So we ended up flying out to LA to hang with a buddy of mine who knew all the right spots. Essentially, this trip was an entire week of camping, highlights that include:
• Roller coasters at Knott’s Berry Farm
• A visit to General Sherman (largest living tree in the world!)
• Cliff diving in Sequoia National Park
• Bolder climbing in Yosemite
• Fossil hunting in Death Valley (oops!) 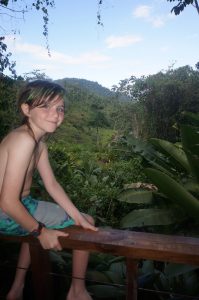 Joshua’s Trip – March 2020 (age 10)
Josh’s dream was to see the jungle, so his trip ended up taking us out of the country. Our rainforest adventure took place in Costa Rica.

Unfortunately I don’t have any buds in Central America, so I ended up arranging an “adventure tour” through a company called Costa Rica Rios. Research ahead of that choice paid off, allowing us to get off the beaten path and avoid the crowds. Highlights include:
• White water kayaking & rafting
• Two nights in a remote Eco Lodge
• Paddle boarding through the jungle
• Boogie boarding on the Carribean
• Zip lining through jungle canopy