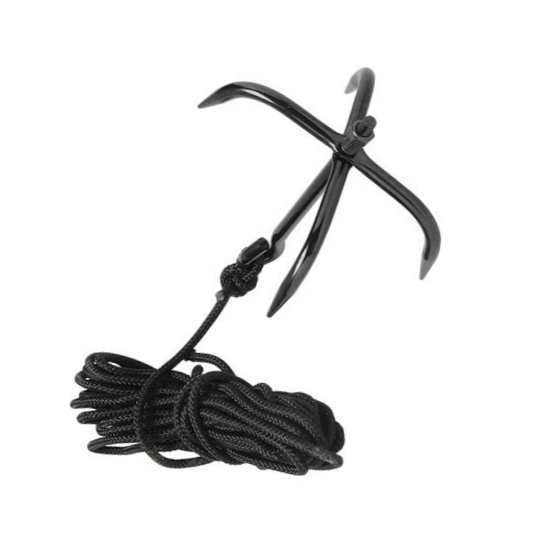 Pretty much exactly as advertised
Nothing fancy, but you get what you pay for.

I bought it for my 8 year old but ended up not being able to let him just take it out on his own. This toy requires adult supervision because a miss-throw (which can happen easily!) could wind up seriously injuring somebody. Also, sometimes it’s easier to climb up than to get down! 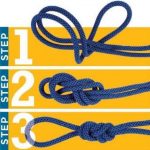 Another thing, it’s a lot easier to use this device if you have something sloped to climb. If your kid has to pull himself up using the rope, it will be super tough. You can add a series of tight knots to create little knobs for bigger kids (10+), but for littler kids you’ll need a series of loops they can hold on. I’ll add a picture of how to do that below.

I added one loop every couple of feet. But after doing that, the line became pretty short (like 10 or 12 feet) and much harder to throw.

All that said, this grappling hook delivers as promised. It’s good cheap fun, as long as you don’t expect much! 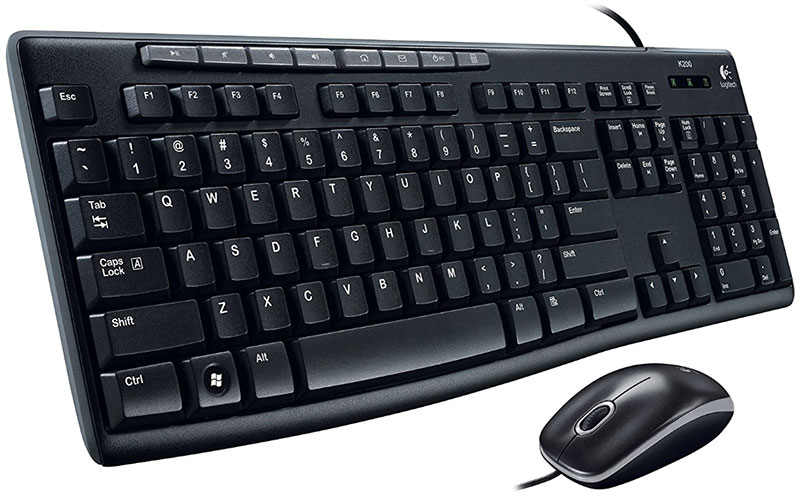 Excellent quality for the price! WORKS FOR APPLE/MAC!!!

I’m an old school Mac guy, but avoid Apple peripherals (external hard drives, keyboards, wifi, etc) wherever possible. Not just because they’re often insanely overpriced, but also because when Apple steps out of its core competency, quality takes a beating.

Especially keyboards! Them puppies are as pretty as can be, but more fragile than D Trump’s ego. One time a single drop of sweat rolled off my forehead and landed on my keyboard. The whole thing short circuited, sirens went off, and the ghost of Steve Jobs reached thru the screen and began rifling thru my pockets for $200 bucks.

Anyway, this keyboard is great. The keys are light to the touch, responsive, do as told. I’m a fast typer, this keyboard does not slow me down. As a writer, I keyboards/mice that plug in so that I don’t lose momentum by being forced to go searching for batteries, right in the middle of a hot streak.

Haven’t tried the mouse yet, plan to keep it as a spare.

This keyboard is not fancy, but it’s cheap, works well, and does the trick. I also have the Logitech K120 and have been using it for years on another Mac with zero issues. The K120 is even cheaper, but it lacks the media buttons on top (volume up, volume down, etc). That’s kind of annoying, hence the reason I bumped up to K200 this time.

FOR APPLE USERS:
Yes, the MK200 will work for you… even the volume buttons. When you plug it in the first time, a message will appear on the screen saying your computer needs some help recognizing it. All you have to do is press the buttons it asks you to press and then you can use it. Quick and easy!

If you want the modifier buttons on the MK200 to work exactly as your old keyboard, you will have to swap the positions of the Command and Option keys. 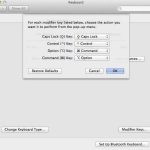 After that, all your quick key shortcuts will work as they did on your Apple keyboard. 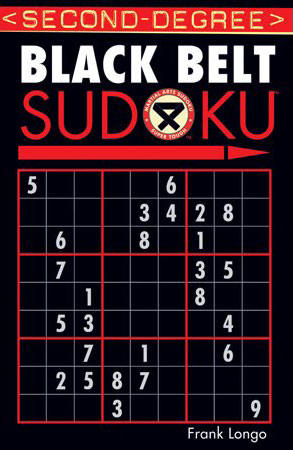 Great mix of moderate, tough, and super tough. About 1 in 4 are “Moderate”, which to me equates to about the same as my local Sunday paper’s 5 Star difficulty, which typically take me about 20 minutes and no advanced strategy. The tough ones require x-wing, y-wing, etc, and sometimes require more than one sitting for me. The super tough ones (also about 1 in 4) require extreme strategies that are beyond my patience level to learn/use.

+++
SIDE NOTE:
When I get completely stumped, I use this website to help me walk thru the finish:
sudokuwiki.org/sudoku.htm

The reason I like that site is because it solves individual steps that work down a list. The list is broken into 4 sections:
Easy (ex: hidden singles)
Tough (ex: x-wing)
Diabolical (ex: xy-chain)
Extreme (ex: grouped x-cycles)

When you hit the little “Take Step” button, it goes down the list from easy to hard until it finds a strategy that works. It not only tells you what strategy works, it shows you where/how it was applied. Pretty cool way to learn the more advanced strategies.
+++

Back to this book… more often than not, the “super tough” puzzles in this book require a strategy from the above site’s Diabolical or Extreme lists. I find those puzzles too frustrating, think they should have been placed in a harder book (Beyond Black Belt).

For that reason, I’m giving the book a 4 star instead of 5. I was hoping for puzzles that were just a bit harder than Black Belt, not insanely hard.

Overall, I’m really enjoying these puzzles and recommend it to anyone looking for a challenge!